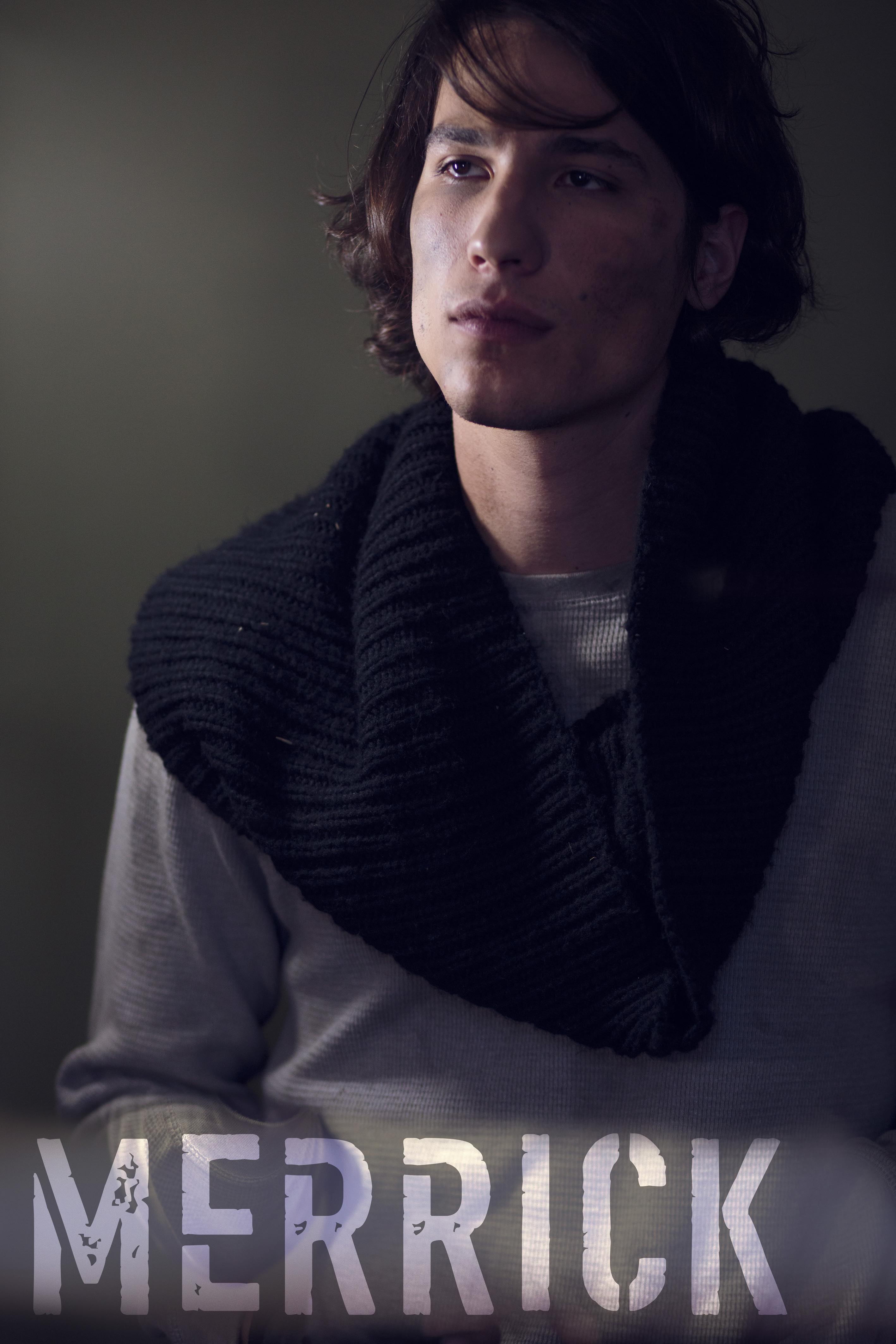 Merrick belonged to immigrant parents. They died soon after their arrival in Landing. He was shipped off to the Desert where he was put into an orphanage. This is where he met his best friend and whom he would call brother for the rest of his life, Hesh.

Merrick was a scavenger through and through and was able to obtain old movies from his homeland. He studied them with precision. He didn’t want to lose out on his family’s culture. He didn’t want to feel like he was forgetting them. He even opted to speaking his native tongue rather than English, which got him into a lot of trouble. But with all his trouble, this boy could weasel himself out of any situation   and he’d do it was a smile. He worked his hardest to never take anything too seriously, he thought it’d help him live longer.

After the turn, Merrick only saw this as an opportunity to better his and Hesh’s life, by taking what they needed. He joined up with a group of scavengers who taught him how to get what he wanted, proper. This is where he met Sienna. She brought out the best in him. When he could no longer have her this revealed a deeply flawed man who no longer knew what he wanted, only that her absence felt less real with by destroying anything in his way.