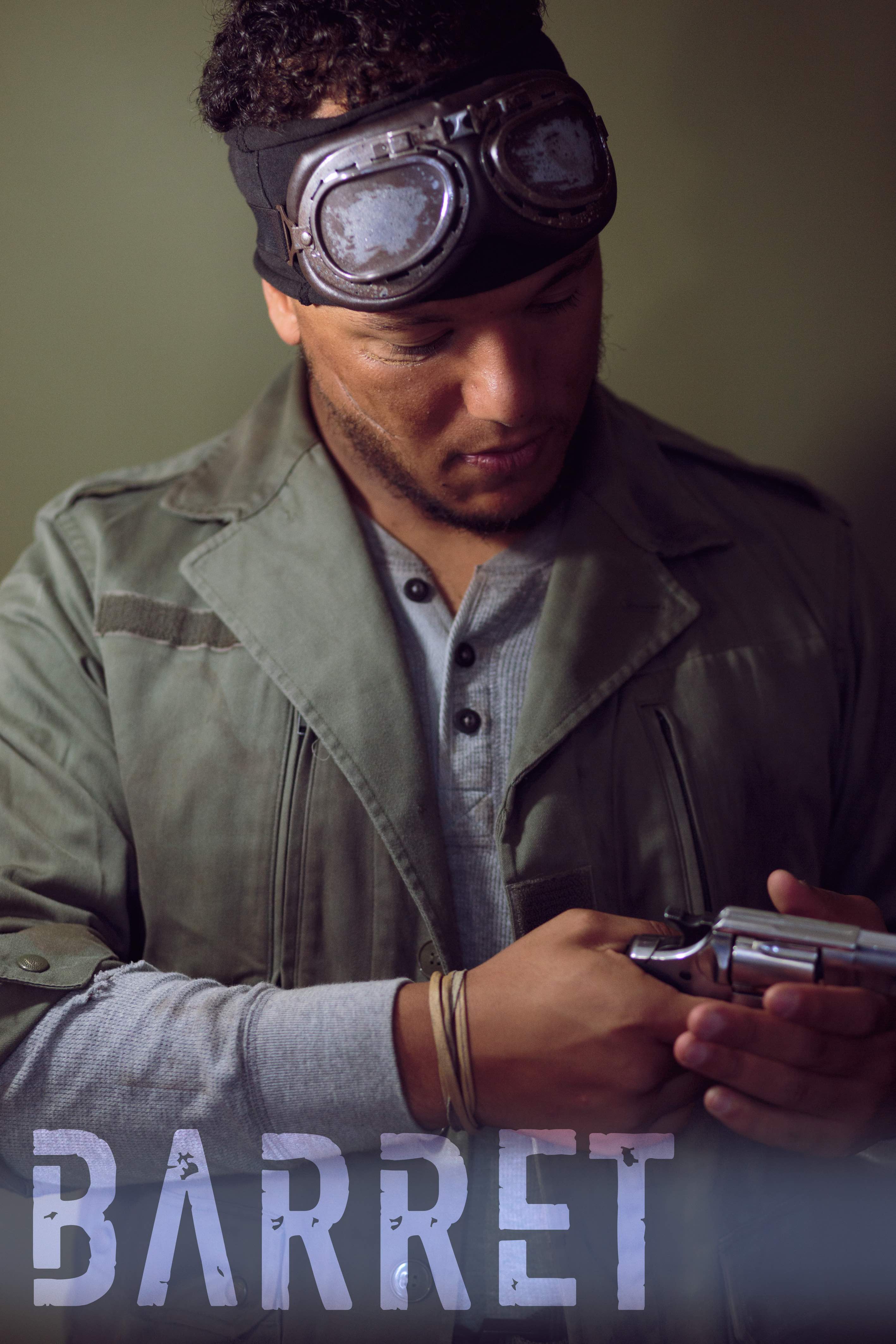 From the time he was born, Barret grew up surrounded by love. This would help him to excel in everything he put his mind to. Both his parents were involved in the military, in some capacity, and both were skilled Partitioned. His father being a reader and his mother a teleporter.

Early on, Barret wanted to follow in his parents’ footsteps, joining the military academy at a young age. He was very skilled in close quarter combat (CQC). He soon took on leadership roles in drills at academy. His main competition was Sara Holden.

When the attacks started, Barret led a group of his fellow classmates on a rescue effort in the military zone of Landing, garnering much attention from the powers that be. He was soon assigned to a black ops team, and went on further to lead his own squad, comprised of the team he worked with at the start. As his team members fell throughout the years, Barret lost much of his confidence, but it was his final mission going horribly wrong that took him out of the fight. He disappeared into the wasteland, never putting himself in a position to kill again.